Ischemix has developed a family of novel cytoprotective compounds based on a natural co-factor, alpha lipoic acid, linked to sequences of natural amino acids.

Alpha lipoic acid is present in both eukaryotic and prokaryotic cells, including human tissue. In addition to its antioxidant and anti-inflammatory properties, alpha lipoic acid has been shown to activate the cytoprotective kinase protein kinase B (Akt) through phosphatidylinositide 3-kinase (PI3K). CMX-2043 is significantly more potent than alpha lipoic acid and its protective action in cells and tissue has been demonstrated in a wide variety of animal and organ model systems. 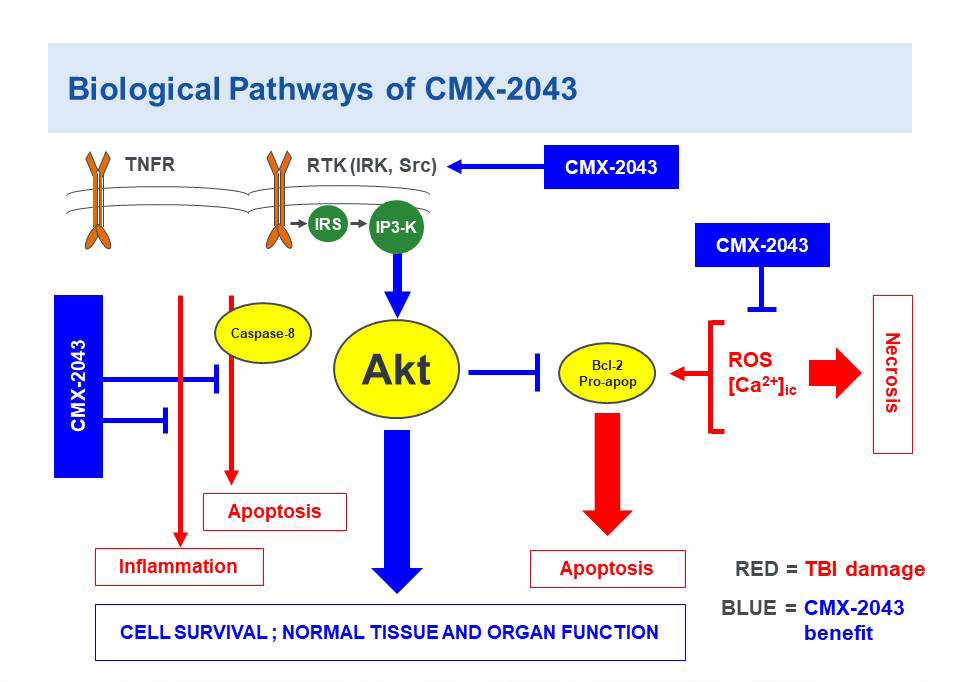